This is a brilliant article by Dave Davies from Search Engine Watch  – and a great starting point for people thinking about hiring a web designer. I will link to the full article below, but to save you toddling off elsewhere, here’s the low down.

1. What Are Two or Three Sites in Your Niche That You Like

This is a stock question and I’d be surprised if any design projects have started without it unless you’re launching into a niche with zero competitors and zero reference points. Inherently this forces the designer to understand what types of sites are in the niche and also lets them know which ones you like most of all the ones available.

2. What Are Two or Three Sites Outside Your Niche That You Like?

This question can be equally important as it removes the restrictions of sites you like being in your niche. I tend to recommend sites with similar design necessities. For example, if you sell mountain bike equipment the site should be an e-commerce site. This will give the designers an understanding of some of the different looks-and-feels you like and force you to think outside your niche and really look at what you want early in the process.

3. What Is a Conversion to You?

Sometimes it seems like this is a stupid question. A sale of course! But forcing you to think about what a conversion means and convey that and letting them know about aspects that they may not think of right away can save a ton of headaches. Do you get business from your newsletter? If the designer doesn’t know, then how likely is it that their initial mock-ups will include this in the key calls-to-action?

4. What Technical Considerations Are There?

5. Who Will Be Involved in Approving the Designs and What’s the Process for Decision-Making?

It’s important for both the designer to know who to include in communications and the client to understand what the role of each person should be. Ideally there would be a single person on the client side assigned to making final decisions and communicating those with the designer (though rarely do we live in an ideal world) and all secondary individuals would communicate with that individual so that a single voice is reflected to the designer and a single vision conveyed. In cases where multiple people need to be involved I generally see success in scheduled meetings at key points in the process where all involved parties are present so there is clarity and for that meeting to be documented either in email or recording and sent to those parties to make sure there is no confusion down the road as to what was and wasn’t said. This is not to say there won’t be misunderstandings; there may still be. This will just help clear them up earlier and insure that at the very least everyone will be able to see how they occurred and correct for them.

So, those are the five questions I’d love to see every Web design client get asked. Now, if you’re the client, here are the…

5 Questions You Should Ask Your Web Designer

1. What Is a Realistic Timeline?

Every project is a bit different and the answer may be a range, but as the client you likely need to plan for the launch and if you have marketing folks or have an SEO firm on hand, they too will need to schedule and plan for it. As such, you need an honest timeline and one that the Web designer can realistically hit and stick to. This should include a buffer for unforeseen circumstances obviously…those tend to creep up right when you don’t need them to in every industry.

2. Who Will Be Working on My Project?

Knowing who will be working on your site and who your point of contact will be is obviously important. If your trust in a Web designer is based on their knowledge but it will be outsourced that’s not necessarily a bad thing but will lend to questions such as the flow and proofing process. You’ll also want to know any time zone issues that may come into play in communicating with the designers and developers and how communications is most easily handled. If you’re not speaking directly with the designer who will be working on your project it’s not impolite to ask for the email or number of who will be so you can feel comfortable with them as well.

3. How Many Revisions Do I Get and When Are They?

This is an important piece of information to protect both the Web designer and the client. A revision is a change in the design and generally does not include major scope changes but rather focuses on layout and aesthetics. Essentially what you want to know is at what points you will be invited to proof the design and provide feedback. This question clarifies when these will happen, which is helpful to both parties and also lays a clear understanding that there are a limited number. I’ve seen Web designers refuse revisions after the initial mock-ups were approved and on the other side I’ve seen clients ask designers for revision after revision effectively wanting them to adjust designs or images at a whim. Neither of these is particularly doable in my opinion and so a number needs to be discussed and at what points those will take place. I’ve generally found three pre-determined revision points to provide plenty of opportunity for clients and be respectful of the Web designer’s time by keeping those revisions organized and delivered at once.

4. What If I Want to Add More Features?

This is an important question, along with, “When can they be done?” Generally it’s useful to bring these up at revision points but sometimes this isn’t doable or may actually cost time. What you as the client want to know is, “What added costs would be involved?” While no Web design will be able to give a set price for changes they don’t know the scope of yet, they will likely be able to give you an hourly rate and if you have specific features in mind that you are pondering but unsure of, they may even be able to price those during the initial stages cheaper or a least tell you what the cost would be to add them as you consider it further.

5. What Other Costs Are Involved?

There are costs that the Web designer isn’t responsible for and ones that they are. You want to know what to expect as it’s never enjoyable to be hit with additional costs on what you thought was a fixed cost engagement. Services like Web hosting and your domain name likely aren’t included free. That said, there may be aspects like plugins, images, or content that you were under the impression were. Each contract is different and I can’t tell you here what’s fair and what’s not to have as an extra. The only global truth is that you need to know in advance what these costs are to make the best decision for your business and not commit to expenses you didn’t know about.

As I’ve talked about above repeatedly, there are many scenarios and many different ways things need to be done to accommodate all the variations. These questions likely aren’t the only ones either the Web designer or the client should be asking, but of all the design projects I’ve watched go horribly wrong, most could have been solved with a solid understanding of one or more of these.

…For the Full Shabang and credit where credit’s due, read allllllll about it here >> 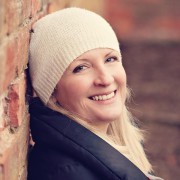 I'm Jen, the Owner/Designer/Creator at Jen Harvey Design. I love anything creative & clever! I love my pit, relaxing after the rugrats have been locked in their cages, watching TV, wine, curry, spicy food, going to the Gym to release my inner Goddess (still not found her) & spending time with my family and friends.

We would love to hear your comments Cancel reply

This site uses Akismet to reduce spam. Learn how your comment data is processed.